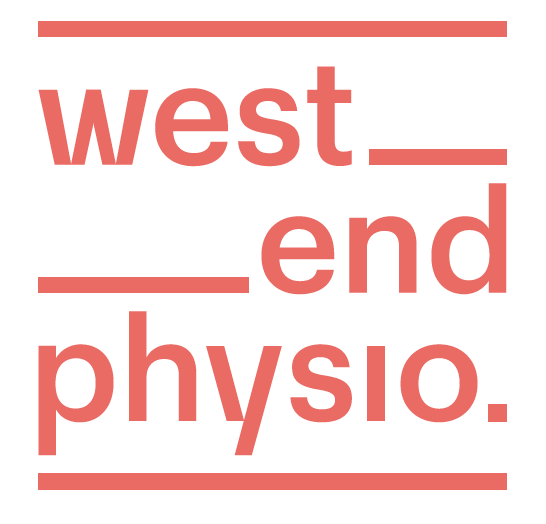 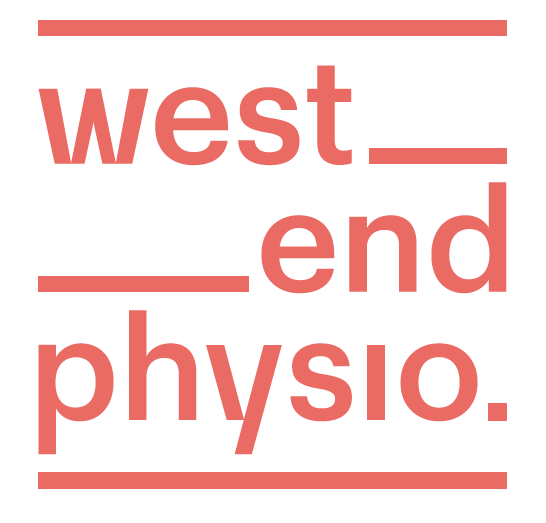 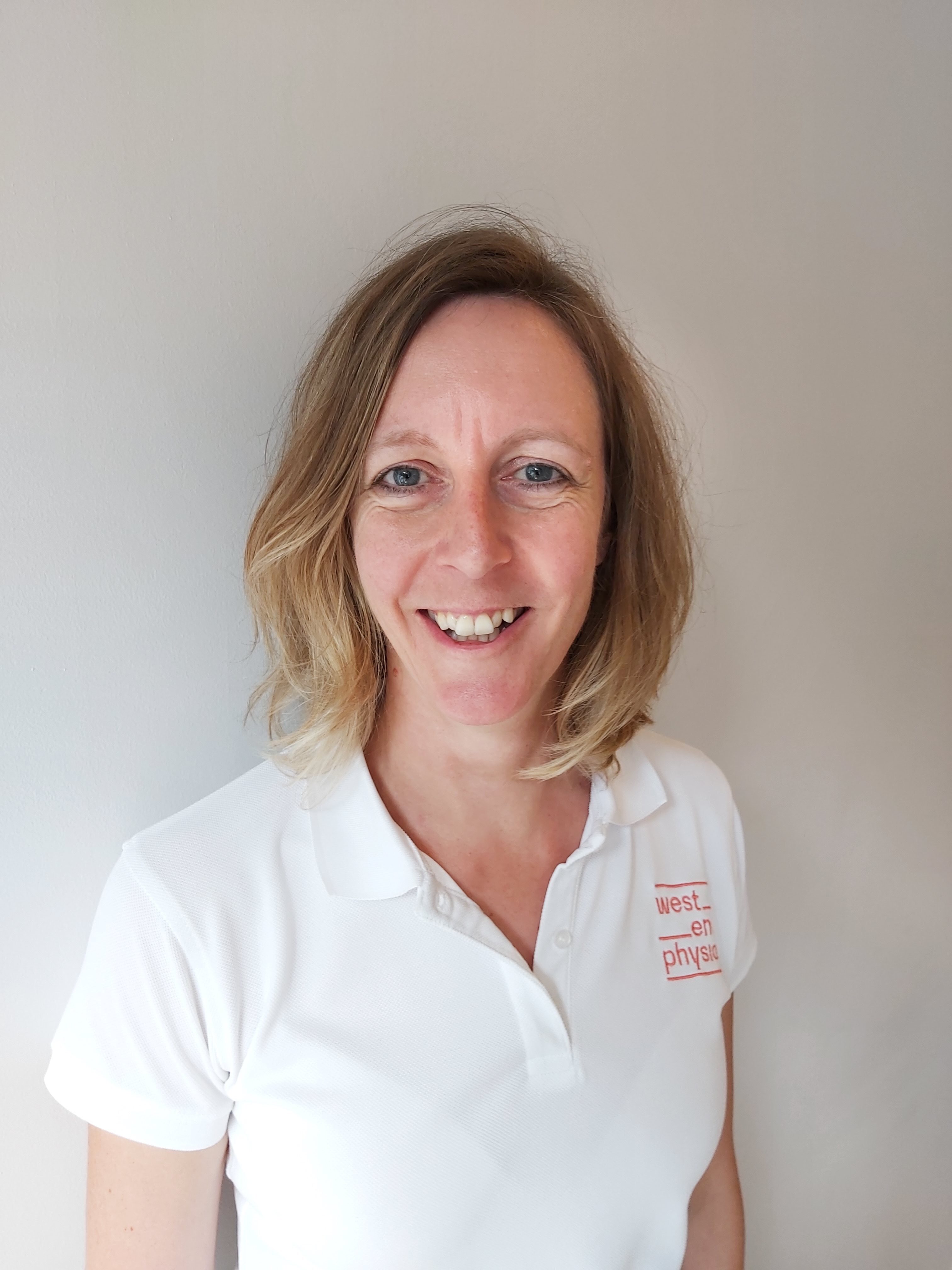 Claire qualified from Glasgow Caledonian University in BSc (hons) Physiotherapy in 1998.  She has worked as a Musculoskeletal Pain Specialist for 18 years , the last 14 of which she has and continues to work as a Back Pain Advanced Practice Clinical Specialist in NHS Greater Glasgow and Clyde.

She is a published researcher and has been a regular public speaker , promoting latest evidence in back pain; including speaking at the Scottish Moving and Handling conference in 2016, West of Scotland Pain Society and the North British Pain Association study day. She is also regularly involved with training physiotherapists and GP’s in the emerging science around back pain and has been interviewed on BBC Radio Scotland on this subject in 2016.

Claire is enthusiastic about applying the latest evidence and de-bunking myths that surround back pain. She enjoys empowering people to help them get over their pain / injury and get back to the quality of life they want. Claire takes a whole person approach to treating her patients and feels it is vital to take a common sense, evidence based approach.

Locally, she is well known as is a keen tennis/squash player at Broomhill LTSC and was born in Jordanhill; she even achieved the dizzy heights of head girl at Jordanhill School!!  She has been involved with treating racquet sports players at the local Broomhill Lawn Tennis and Squash Club for many years. 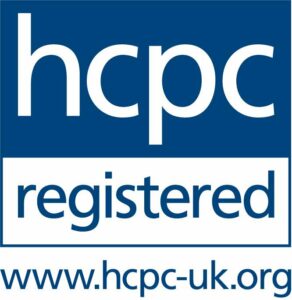 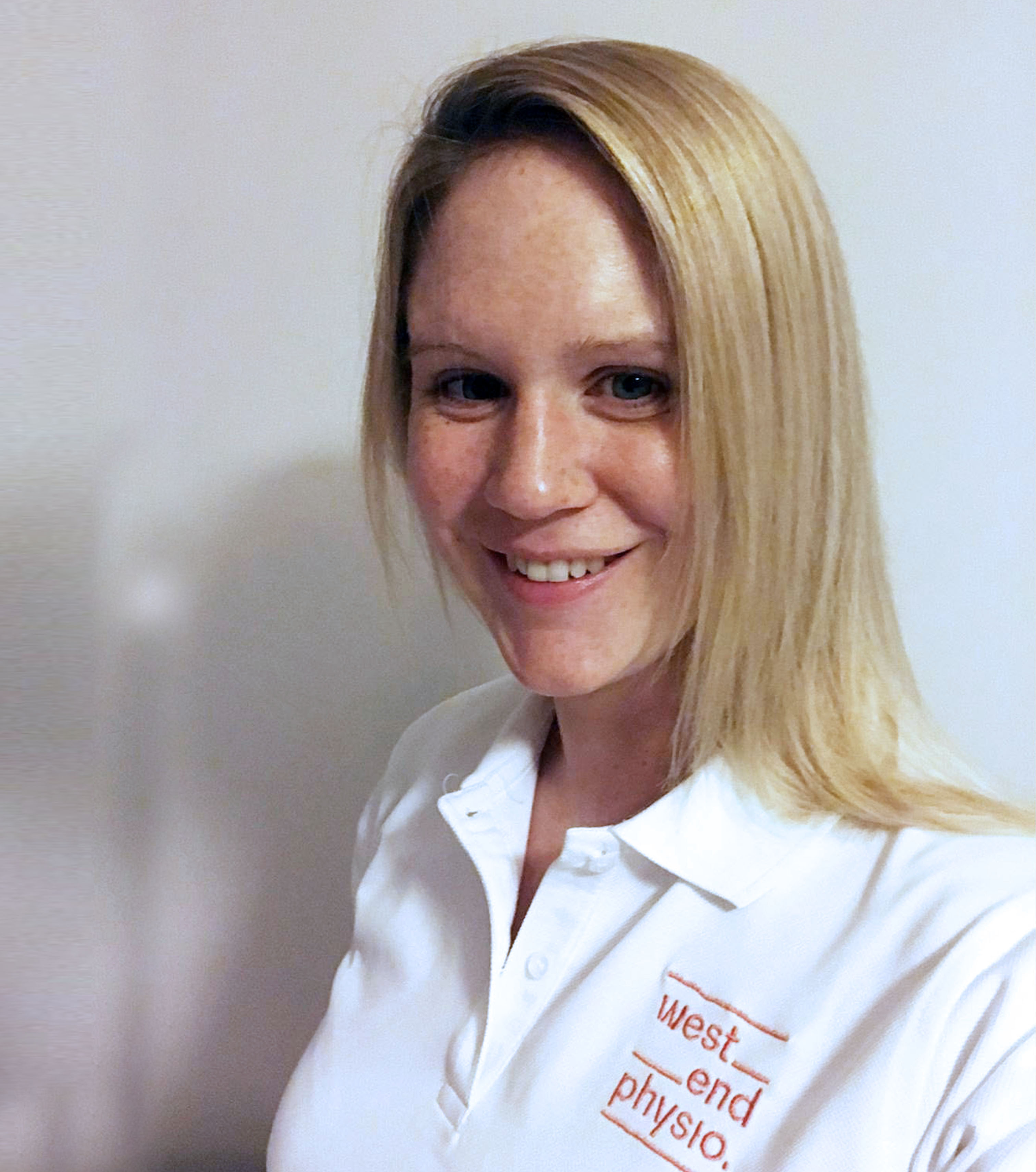 Gill graduated from Robert Gordon University in 2007 with a BSc (Hons) in physiotherapy and in 2018 she completed an MSc in Musculoskeletal Medicine from Middlesex University.She has worked as a MSK Specialist Physiotherapist in the NHS for the last 8 years and more recently has been promoted to Advanced Practice Physiotherapist level working within NHS Greater Glasgow and Clyde.  As well as this Gill has worked at GHK Rugby Club over 8 seasons and has extensive experience in the management of sports related injuries and return to play rehab.

As well as being highly skilled in sports rehab, Gill has developed a keen interest in complex shoulder pain and carried out a randomised clinical trial looking at rehabilitation of rotator cuff tendinopathy as part of her masters degree.  In her NHS capacity she regularly see complex shoulder patients as second opinions for physio and orthopaedic colleagues.  She also delivers training to physiotherapists and GPs on current, evidence based rehabilitation in the complex shoulder. Gill is passionate about working collaboratively with clients to make sense of their pain and empower them to achieve their functional goals.  She runs an evening clinic every Wednesday in West End Physio. 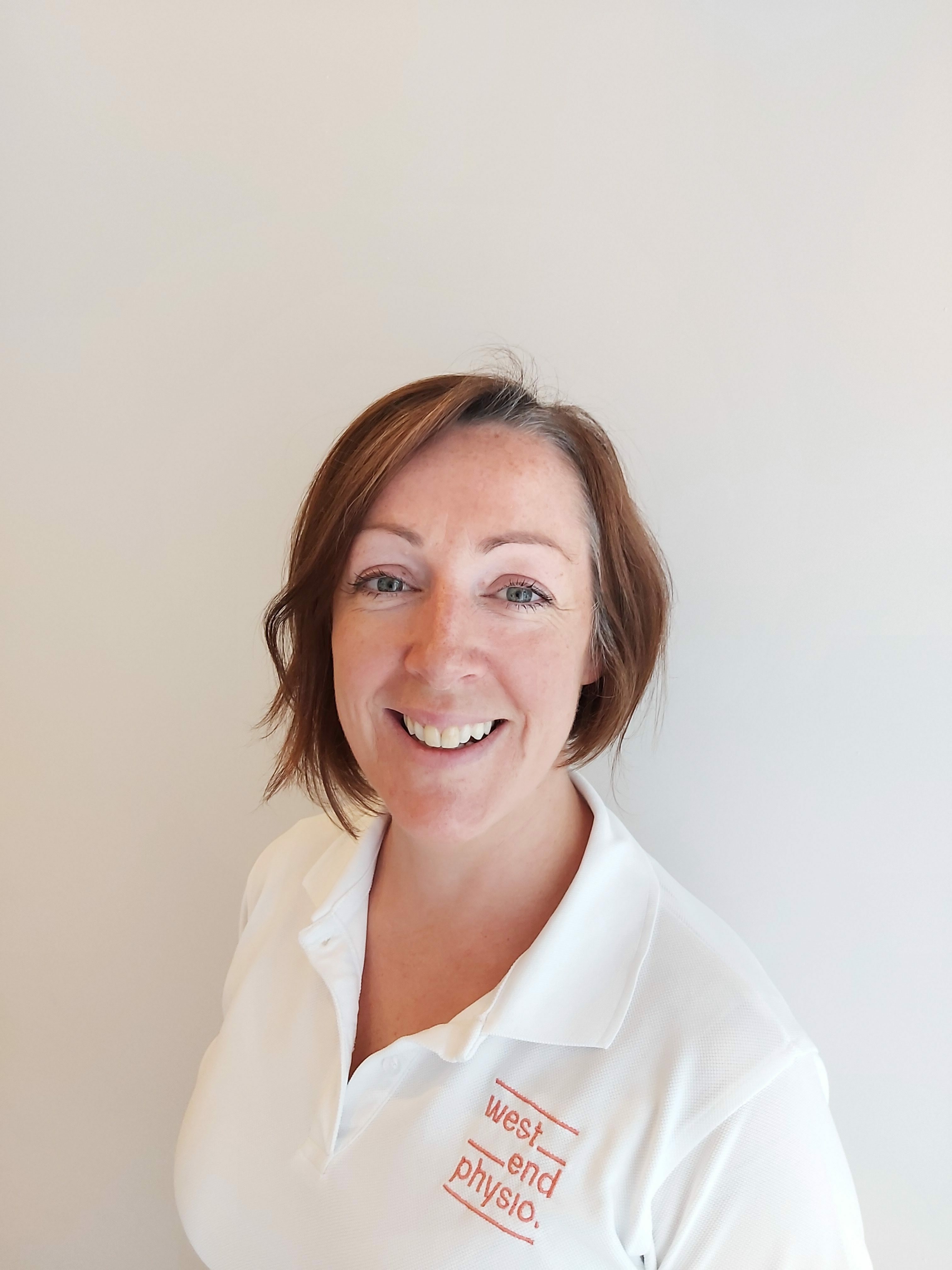 Shona graduated from Queen Margaret University College in 2001 with a BSc (Hons) in Physiotherapy and went on to complete a Post Graduate Masters degree in Musculoskeletal Management from Glasgow Caledonian University in 2010.

She worked in the NHS as a Musculoskeletal Specialist Physiotherapist over the last 18 years, and more recently as an Advanced Practice Clinical Specialist in Back Pain.  She has also always worked privately in Sports Injury Clinics, as well as working in Achilles Heel Sports Injury and Physiotherapy Clinic for over 7 years.  This gives her a wealth of experience treating runners, athletes and elite dancers, as well as having worked alongside specialist podiatrists.  Being a keen runner herself, she is particularly interested in lower limb pathologies and rehabilitation of running related pain.

Shona is passionate about keeping up to date with emerging pain science and evidence, and importantly translating that science into patient practice.  Whilst working within the NHS, she provided education and teaching opportunities to the physiotherapy staff, particularly around communication skills. As a clinical specialist she provided 2nd opinion clinics for physiotherapists dealing with more complex patients.  She finds great satisfaction working with patients who have debilitating, on-going pain problems and has the skills and experience to empower them to get back to health and function. 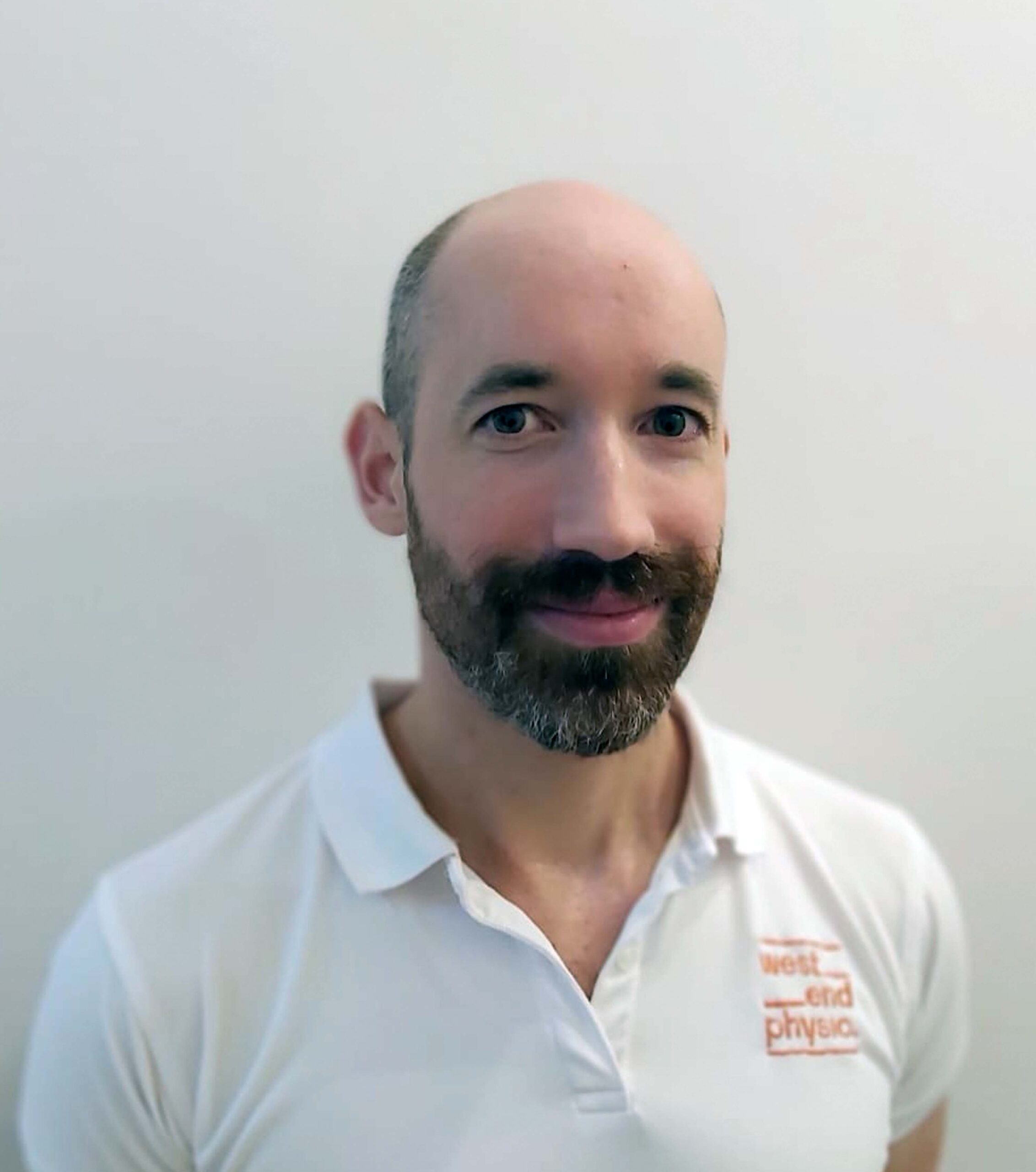 Andrew graduated to practice physiotherapy with an MSc in 2007, having previously completed a BSc in Physiology & Sports Science at Glasgow University.  He has worked extensively in the NHS in both large teaching hospitals and health centres throughout Glasgow, initially gaining experience in a variety of areas including orthopaedics, burns and plastics and the Glasgow Weight Management Service.  This skill mix has contributed to his expertise in individualising treatment and rehab to suit any client at any age or stage.

Andrew took on a specialist physiotherapy musculoskeletal role in 2014.  In addition to assessing and treating patients within his NHS role, Andrew leads lower limb rehab classes for clients post trauma, surgery or pain.  He has excellent skills in sports-specific rehabilitation - combining his physio and sports science background.  He also regularly delivers training to GP colleagues, organises clinical conferences and is involved in helping physios deliver quality, evidence-based practice as part of a Practice Development team.  This keeps him immersed in current research and how this informs clinical practice.

As someone who regularly runs, swims and goes to the gym, Andrew is really interested in health promotion, particularly in finding ways for individuals to enjoy being physically active whatever their pain or injury issue.  He is committed to working alongside clients to help them identify ways to improve their function, and won’t stop until they have achieved their desired goals - whether that be an ultra marathon or a walk round the park! He is a member of the CSP and is HCPC recognised.

Hear What Previous Clients Have Said About Us

As a mid-life runner who suffers from injury paranoia I first met Shona a few years ago.

I had visited several different physios in the past but she was in a different league to the others. She listened in detail to my issues before undertaking any examination and gave advice to get me back to running ASAP realising that running is normal for my body.

Sometimes her advice was to desist from stretching as it was exacerbating strains and sometimes to put up with a level of pain without the risk of further injury. She also writes down all instructions, which were usually very detailed, so that I do not forget.

The main difference from other physios is that she comprehends the different individual needs of her patients and works for each to achieve their personal goals. I have recommended her to several friends who have always appreciated the advice and some have been able to exceed their own expectations as a result.

For over 20 years I’ve had knee and neck problems, and for most of my life, back issues due to a difference in leg height and a slight scoliosis of the spine. I had been to many practitioners both on the Nhs and privately and had been told all kinds of worrying things, like I’d ‘never have a straight spine’, or that I had ‘a slipped disc’ or my spine was ‘squint‘, or that my ‘knee cap could not track properly’. Over time it left me with very negative view of my body and its abilities. I saw it as dysfunctional and weak. I believed I was physically restricted and that I needed to protect the problem areas. Without realising it I had stopped moving naturally, and completely lost my physical confidence, all of which only compounded the underlying issues.

When I went to see Claire MacKelvie, the first thing I noticed was that her attitude towards these problems was so positive. She explained that I had an unnecessarily negative image of my physical abilities, as I was actually capable of a lot more movement than I realised. Within minutes she had me doing movements I had avoided for many years, and to my amazement, I could do them, if a little wobbly but without pain. It just took some encouragement, a positive attitude and a bit of confidence to try them.

It was explained that if you restrict movement and try to protect areas, it just creates more problems, as you move unnaturally and it puts unnecessary strain on areas, which of course causes more problems. She said I needed to move more rather than less, as ‘the body wants to move’. But crucially, I was told that I was ‘not broken’.

This stunned me, as I realised that throughout the years I had become so conditioned into thinking of myself as broken. The language that had been used by many practitioners over the years, (I’m sure without meaning to), had been really quite negative, and I think, without knowing it, it frightened and disempowered me, so I stopped moving my body, my muscles became weak and the problems got worse.

I was advised to stop looking at my body as dysfunctional, but rather think of it positively as something capable. She explained it just needed some attention and strengthening, but most of all movement, and save some clunks and creaks, it could function really well.

Claire’s approach helped give me my physical confidence back. It taught me that yes you can have physical issues, but with a positive dialogue with your body, there is no need restrict your life. We all have certain limitations, but if you believe you can do more, it gives you the strength and the will to do it. Its a much better place to be and for me, was really quite liberating, so I’m very grateful.

Book An Appointment With Us

Book an appointment online with West End Physio today and get yourself back in the driving seat.